The title is just to get everyone's attention, since I haven't updated in a while.

First off, my computer crashed. As in, it will most likely not recover. Unfortunately, it wasn't a virus. It was a hardware malfunction... which just so happened to occur right after my warranty expired. Funny how that ALWAYS happens... *cough* apple *cough*

So anyway, I'm taking my last opportunity I'll ever have to commandeer my sister's computer before she gets married and moves out. Yes, ladies and gentlemen, after 4:00 tomorrow afternoon, it will be just my mom and I. Again. It seems like a very strange cycle...

We set everything up for Heather's wedding tonight. It was a lot of fun, but mostly I was a glorified babysitter/tree-light-wrapper. But hey, it was fun! I did shed some tears, though, which I wasn't expecting to do. It wasn't because Heather's leaving, I know we'll see each other. It wasn't because I'm jealous (which I kind of am, but I'm quickly getting over it...) or because I'm just so touched by love.

I cried because when we did the actual wedding rehearsal. I sat on the back row untangling a strand of lights, and as I watched Heather walk down the aisle with Chase (my step-brother, who will be giving her away) my chest clenched up and all I could think was, "Lynn, you are supposed to be here. Why aren't you here??"   ...thoughts like this take me off guard quite often. Whether it's about David or Lynn, my grief seems to sneak up on me now. I can't anticipate it, and I can't really prepare myself for it. I go mini-golfing, I think of Lynn. I go to Lee's Mongolian (mmmm!!!), and I think of Lynn. I bowl, I drive through Weber State's campus, I use a hammer, or I lay in front of the fireplace... and I think of Lynn. And I ask why he's not here. I still don't understand why he had to go. That's not to say I'm murmuring, because I'm not. I don't blame anyone for it, I just... I wish I could see the big picture. I wish I knew who, on the other side of the veil, needed Lynn more than we did. I know he can probably still hear me when I talk to him, but I sure wish he could talk back. I keep thinking back to the last thing he ever said to me, and it was when we were trying to get him to get in the car to go to the hospital. He was fighting me and my mom, looked each of us in the eye, then said to each of us (separately, so he said it twice), "I'm fine, it will be okay. Everything will be okay."

At the time, I didn't realize that his words could possibly mean something deeper than that he would get over the flu (which wasn't actually what he had, just so everyone is aware). I remember feeling so lost and lonely when David arrived, and praying so hard that Lynn would recover enough to at least enable Dave and Amy to bring little David to the hospital to meet him. I just need to remember, though, that "Everything will be okay."

I decided to share David's story with some of the girls at school. All of them seemed to deeply respect what I shared with them, and asked some very good questions that I was more than happy to answer. Unfortunately, and I knew I would run into this at some point, a few of the questions led to my emotional and spiritual reasons for placing David with Dave and Amy. My basic answers deeply offended a single mother in my class, and although I didn't intend to make her feel like a bad mother, I found out tonight that she sees me as a "self-righteous brat who doesn't know what being a real parent means". In retrospect, I probably should have censored what I said, but I also did not in any way direct them at her or imply that I'm a better parent. I'm hoping she will give me the chance to apologize on Monday. The reasons I told the girls were -
* I wanted David to have two parents living in the same household
* I didn't want my mom raising him
* He deserved more than a college drop-out for a mom
* He shouldn't have to suffer his whole life for a mistake that I made
* I feel that although I'm plenty old enough to be a mom, that doesn't mean I'm ready to be the mom he deserves (oh, but how I still love him more deeply than I ever imagined I could!)
The girl who was hurt by my words is an amazing mother. She has a beautiful daughter and a handsome son. She has given up her personal luxuries so that her children will never have to do without. I have incredible respect for her. I can tell she loves her children more than the world by the way her eyes light up when she talks about them.

David was meant to be with Dave and Amy. It was all part of a plan. That sweet little spirit would have found his way to them one way or another, and it just happened to be by way of me. And I am so grateful that it was. But adoption isn't right for everyone, and that is just the way it is. Just as I adore other birthmothers, I love and respect single mothers. Both roads are heartbreaking at times, and beautiful at times. Life is beautiful... but sometimes we forget what true beauty looks like. 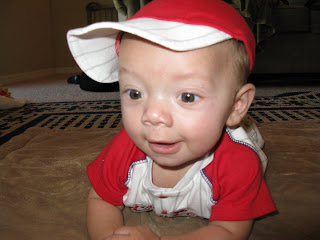